The 6 ton dabpress is awesome. It's a little bigger than I thought but that's not a big deal. Perfect press for beginners. Works much better than my buddies big name brand press and costs less. Highly recommend!

Excellent item, just the right size for personal use. Very happy with the purchase and highly recommend this item! 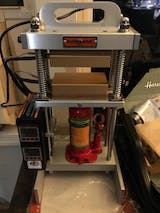 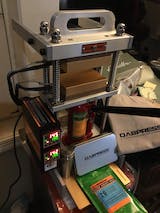